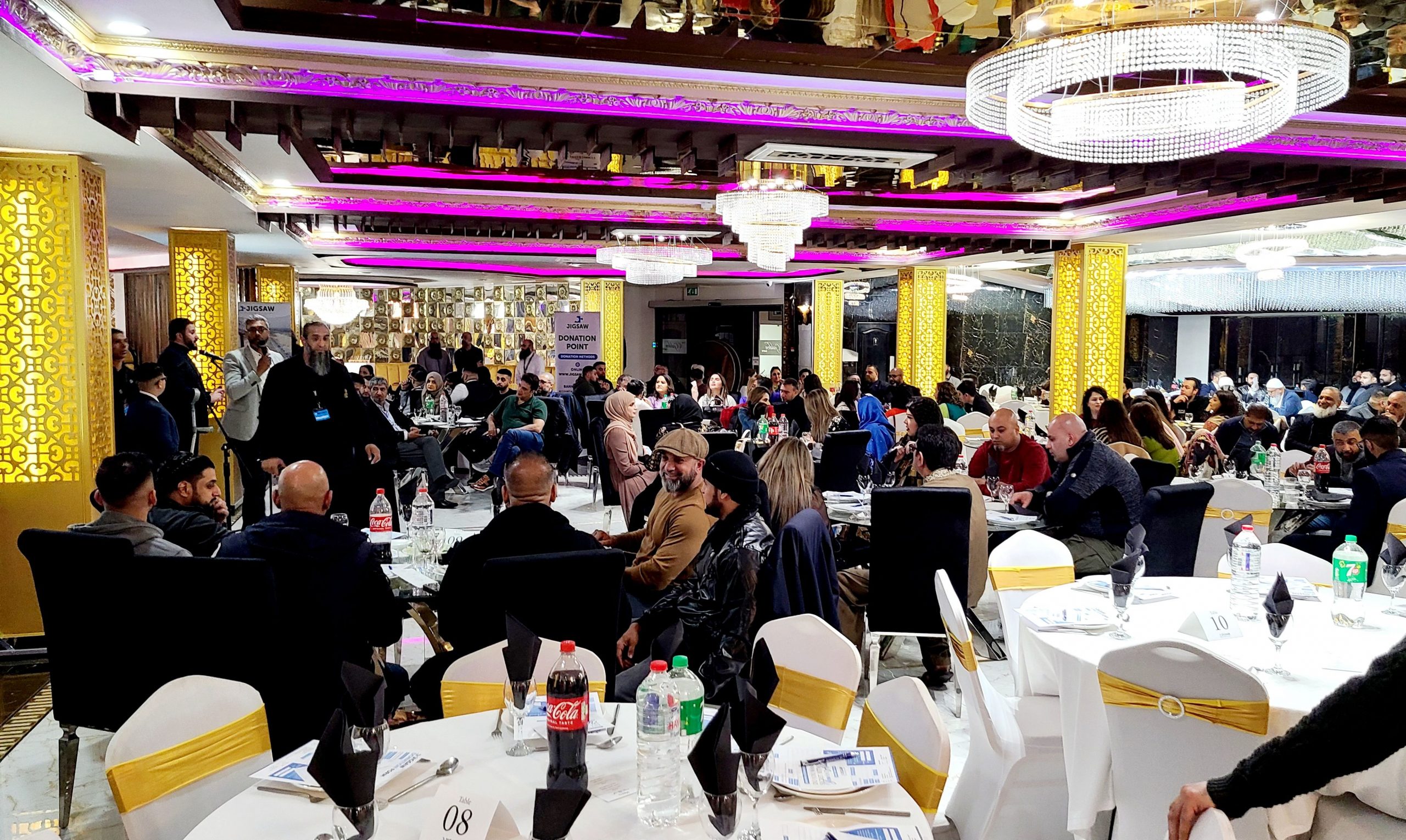 For most people 27th March is a special date marking Mother’s Day, however, this year it held a significance of its own for Jigsaw as they hosted an evening of inspiration at the Birmingham Hotel. This began with Mikhaael Mala setting the tone with his beautiful Quran and Nasheed recitations, followed by a very memorable bidding war but not because of Darr’s self-proclaimed impressive auctioneering skills. It was in fact due to the generously donated sought after collectables that had sports enthusiasts jumping for joy which included Mike Tyson’s shorts, as well as signed gloves by Anthony Joshua and Khabib Nurmagomedov. All sold, piece after piece.

The auction was certainly a knockout but other highlights of the evening consisted of Adnan’s compelling words and Sunny’s heartwarming talk about his reasons for fundraising and being devoted to the cause which contributed to further donations being made throughout the evening. By end of the night a whopping total of £235,000 was raised! All of which will help build an education centre and allow a further 150 houses to be built for Syrian refugees to relocate from refugee camps to the Jigsaw village. The night concluded with dinner and a celebration of the collective effort that made the event a success.

This website uses cookies to improve your experience while you navigate through the website. Out of these, the cookies that are categorized as necessary are stored on your browser as they are essential for the working of basic functionalities of the website. We also use third-party cookies that help us analyze and understand how you use this website. These cookies will be stored in your browser only with your consent. You also have the option to opt-out of these cookies. But opting out of some of these cookies may affect your browsing experience. View Privacy Policy
Necessary Always Enabled
Necessary cookies are absolutely essential for the website to function properly. These cookies ensure basic functionalities and security features of the website, anonymously.
Functional
Functional cookies help to perform certain functionalities like sharing the content of the website on social media platforms, collect feedbacks, and other third-party features.
Performance
Performance cookies are used to understand and analyze the key performance indexes of the website which helps in delivering a better user experience for the visitors.
Analytics
Analytical cookies are used to understand how visitors interact with the website. These cookies help provide information on metrics the number of visitors, bounce rate, traffic source, etc.
Advertisement
Advertisement cookies are used to provide visitors with relevant ads and marketing campaigns. These cookies track visitors across websites and collect information to provide customized ads.
Others
Other uncategorized cookies are those that are being analyzed and have not been classified into a category as yet.
SAVE & ACCEPT